Southern University Legendary Coach gives insight into the relationships, struggles and obstacles that led to his early success. Coach holds the distinction of leading Southern University to the first HBCU to win a game in an NCAA regional, upsetting No. 2 Cal State Fullerton, 1-0, in New Orleans in 1987. 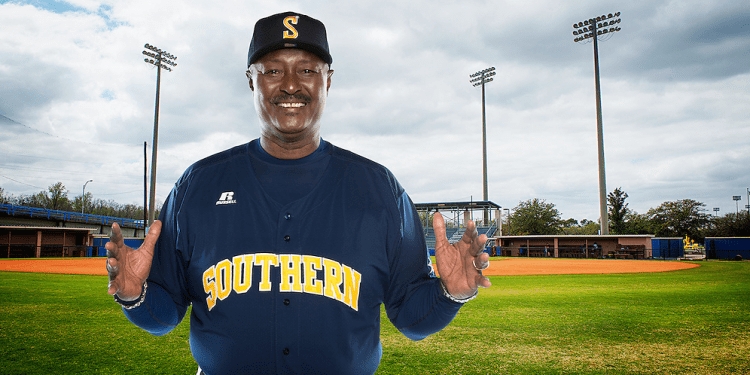 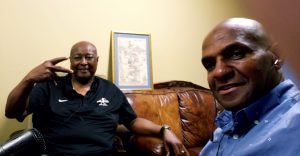 We have a legendary, the man himself covered up, built up himself out of coming out of the country. Ain’t no stopping him now. He’s still going strong, which what are you about 25 now Coach, So we got the legendary Coach Roger Cador. Welcome to Count Time.

RC
It’s a pleasure to be here. I know you’ve been trying a few times to get me on and you finally got me. 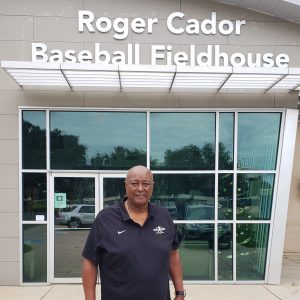 LD
That means a lot to me Coach when you take your time to come out early in the morning. We here on the Southern University campus at the building, the house that Roger Cador built. And I feel honored to be here to share this moment with you. Coach thank you.

RC
Well, I feel honored to be in this building because it took a lot of blood, sweat, and tears and many years to get this building built. Because when you got here, they didn’t even have a baseball field? Not even a baseball field, nowhere to practice, but it was built. This was a situation built for someone like me, a challenge. All right, you see, and that’s really what it was, a challenge in 1984 when Dick Hill hired me and they had nothing. And the challenge was you make it happen. You build a field, you get equipment, you recruit good boys, and you win.

And all of those things fell into place. And no one thought that I could get things to build a field and the clubhouse and other things because the administration was fighting me. They were fighting me. To keep me from doing this. Not Dick Hill. It was away, the administration away from athletics. They just didn’t get it. And they took an attitude. We never had it. We don’t deserve it. And that was the attitude that they took. They wouldn’t invest because they didn’t see baseball as being a financial windfall for them. They saw it as a burden because you weren’t making any money and you had to pay out scholarships, you had to pay salary, you had to pay travel. So they saw it as a burden rather than an asset.