Count Time Podcast Living Legend Dr. Joyce Marie Jackson was honored by the Louisiana Endowment for the Humanities with a 2022 Lifetime Contributions to the Humanities award.

Dr. Jackson is the Chair and James J. Parsons Endowed Professor of the Department of Geography and Anthropology at Louisiana State University. From 2010 to 2016 she served as the university’s director of African and African American studies. Over the course of her career as a folklorist and ethnomusicologist, she has contributed numerous articles, essays, chapters, and other forms of media that further the understanding of African American culture and music, sacred and secular rituals in Africa and the diaspora. and more. 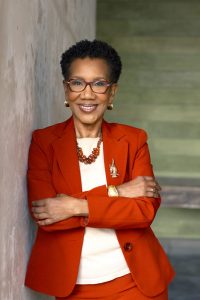 Now in their 37th year, the LEH Humanities Awards offer a collective opportunity to celebrate all the humanities have to offer and honor those who have made significant contributions to the understanding of Louisiana’s history and culture.
The Lifetime Contributions to the Humanities awards recognize those who have supported and been involved in public appreciation of issues central to the humanities.

“We cannot walk alone. And as we walk, we must make the pledge that we shall always march ahead. We cannot turn back.” Martin Luther King, Jr.

Charlie Granger  EP 15
Southern University Football Hall of Famer Charlie Granger, one of the Deacons for Defense and Justice. discusses Louisiana history that he helped make. Hear his journey from Lake Charles LA, the tragedy of Hurricane Audrey, redemption at Southern University all the way to the Dallas Cowboys and much more.
Johnnie A Jones, Sr  EP 30
A warrior for social justice Dr. Jones recounts growing up in Louisiana his work on the Baton Rouge Bus Boycott, numerous cases, student activism at Southern University and the Baton Rouge NAACP and his encounters with General Eisenhower and involvement in the D-Day invasion and his upcoming visit to the White House to meet with President Biden. A funny engaging account of a life well lived, and the limitations of his time that he refuses to accept.
Freya Rivers EP 42
From desegregating Baton Rouge public schools, successful  entrepreneur, educator to activist, What a life! An enlightening conversation full of emotion and humor with Living Legend Freya A Rivers.
Audrey Jackson  EP 46
Our 95 year old Living Legend talks life history, and community improvement. Audrey N Jacksons long life and commitment to community service is exemplary. She discusses politics and change she has been engaged in and witnessed the last 95 years. It is quite a ride described by an extraordinary woman.

“This year’s theme, It Starts with Me: Shifting Priorities to Create the Beloved Community, reflects our belief that it is critical, and necessary for the survival of both humanity and Earth, that we shift our priorities for a strategic quest to create a just, humane, equitable and peaceful world,” said Dr. Bernice A. King. She continued by saying, “It is a necessary, multi-faceted shift that includes shifting our values to align with a revolution of values; shifting our mindset to understand that we are interconnected, interrelated and interdependent and to engage each other and Earth accordingly; and shifting our society from being “thing”-oriented to being “person”-oriented, which will cause us to engage technology with moral responsibility, so that advancing the artificial is not prioritized over the well-being of the authentic. I have deep faith that, if we shift priorities in the ways that my father described in ‘The World House’ chapter of his last book, Where Do We Go From Here: Chaos or Community?, we can create this Beloved Community across the globe and ensure that people have the freedom to participate in government; freedom to prosper in life; and freedom to peacefully co-exist in Community. It starts with me. It starts with each of us.”  The King Center

Read Martin Luther King Jr.’s “I Have a Dream” speech in its entirety

Louisiana State University and its Board of Supervisors did the right thing and on January 4th 2022 unveiled the Dale Brown Court. At half time the 86 year old Brown spoke for six minutes on gratitude.

One of the top motivational speakers in America, Dale Brown served as head coach of the LSU basketball team for 25 years, (1972-1997). The creator of a syndicated radio program called Motivational Moments that ran on NPR, he also served for a while as a college basketball analyst for ESPN and ABC. As LSU coach, he was twice named National Basketball Coach of the Year, led his team to two Final Fours and four Elite Eights, and emerged as the second-winningest coach in SEC history. He is also known as the recruiter of Shaquille O’Neal, one of the top basketball players ever at LSU and in the NBA. Coach Brown lives in Baton Rouge, Louisiana, with his wife, Vonnie.

LD:
So I want to read this something I wrote for myself this morning, and I thought about you and this take a few take maybe a minute and a half to read it. I wrote this. Dale Brown is a man and a brother who trust is in God. He never meet a stranger. And only level with others about his true feeling, keeping it real and square. He has a grip on truth and righteousness. He’s loyal to all he calls his friends and expect the same to maintain divine order. He came from the north, but remained in the south but forever traveling east towards the light that you may continue to enlighten others. His travel and studies allowed him to receive many degrees while giving wisdom to many who asked he is the master of his universe. And for that may God get the glory and may His name be written in the lamb book of life forever. That’s my word to you.

Coach:
That’s beautiful. I’d cry but I don’t want to embarrass your daughter. This has really been fun and you know what? It’s too bad. This can’t be played nationally every minute of it. And anybody that disagrees fine disagree. I’ve Never done anything that I tried to impress anybody.

LD:
You had a way with the players. I mean, with the whole community, everybody

Coach:
Just trying to improve each day and remembering what Oscar Wilde said, “ Every Saint Has A Past And Every Sinner Has A Future.” I am still a work in progress but will never quit trying to be better.